Grimaud Frères introduced as early as in April 2021 the genomics in its major strategic ducks lines and now hatched thousands ducklings combining traditional genetics with genomics.  It is a valuable extra tool to select the best breeding stock and accelerate genetic progress, especially on traits that are hard to select upon with traditional genetics.

Genomic programs require significant forward planning and Grimaud Frères targeted its most strategic lines more than 5 years ago to implement genomic selection for them. The DNA of all the breeding stock of these lines was thus collected and then stored cold to constitute so-called “reference” populations composed of thousands of subjects. It was from these very specific populations that a sub-sample of SNP (Single nucleotide polymorphism) markers was included on a so-called high definition chip. Markers were  specifically selected according to several implicit criteria such as their origin, their quality of hybridization or more technical criteria such as their allelic frequency and their position on the genome.

From the so-called HD chip with a whole string of traits, Grimaud Frères developed a specific low density chip which is specific for each breeding line. We see a sharp acceleration in genetic progress thanks to potentially higher selection pressure, faster estimation of future breeding stock (shorter generation interval), and greater accuracy of the genomic values as compared to the genetic values. Also, there is a more effective selection of complex traits and of measurable traits late in an animal’s life (behaviour, mortality, brooding, meat quality, laying potential of breeding males, etc…) or traits of low heritability. With a blood sample taken directly after hatch we get insights in the hereditary values of the bird, instead of having to wait until end of production. We now can get a good insight in the potential laying performance of male offspring directly, instead of waiting for their female offspring and wait again for actual performance later in life.

The genomics will never replace the traditional genetics but both techniques will go hand in hand and complement each other. At Grimaud Frères, we will always use a CT scan for breast meat yield, RFID chips for measuring feed intake and all other selection criteria to validate the outcome of genomics. 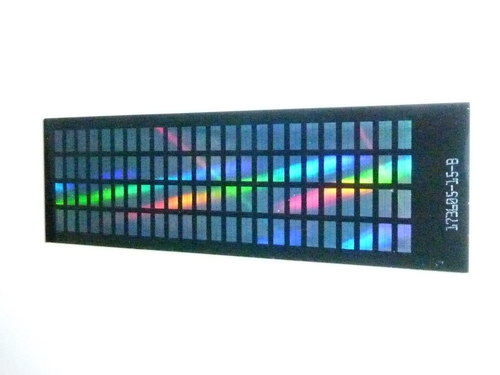